Ravenseye is a project in Devon which completed in March 2016. It has a truly stunning location, right on the river Dart just before it meets the sea. The house was designed with huge amounts of glazing to take in the outstanding views and the shape of the roof almost mimics waves to match it’s nautical location. 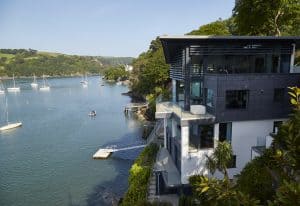 The architect for the project was BBH, the interior designer was JAM interiors, the builder was David Duffy, the electrician was Dave McRoy of Dart Electrical Ltd and the lighting control was looked after by Barton Solutions. These are all companies we’ve worked with many times down in the Devon area, especially Dave McRoy. Lightmaster is strongly affiliated with Dave and his team due to their extensive knowledge of our products and their skill while onsite. Ravenseye was a particularly challenging project for them as we used a range of plaster in fittings which are still relatively new products. 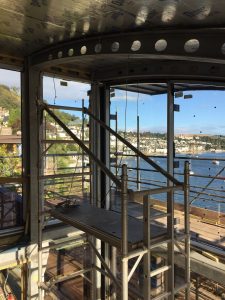 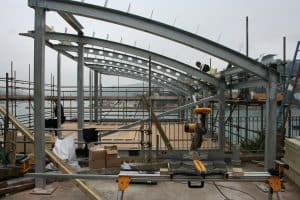 Carly Brooks managed the project for Lightmaster, drawing up the lighting design, suggesting fittings and recording and monitoring progress, often taking photos while onsite which has allowed us to get some great before and after images! 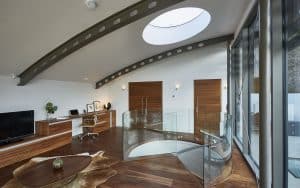 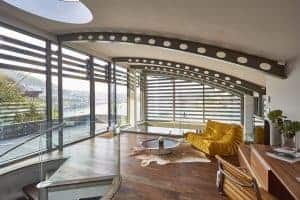 Being an ultra-modern home, Carly was able to use some gorgeous fittings within Ravenseye that wouldn’t necessarily fit within our other projects.

In the main living room, she’s used a clever arrangement of the Puzzle by Studio Italia as a ceiling light to give out indirect light and create sharp patters and angles. The pattern is almost reflected in the rug chosen by JAM. 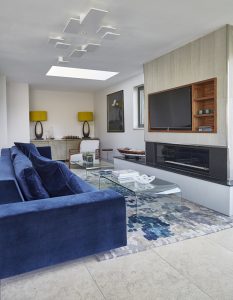 The Puzzle by Studio Italia

The LED tape under the breakfast bar creates a really lovely subtle glow which comes into its own at night and the same tape was used on the kitchen shelving. 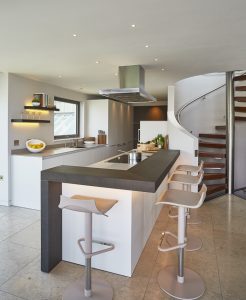 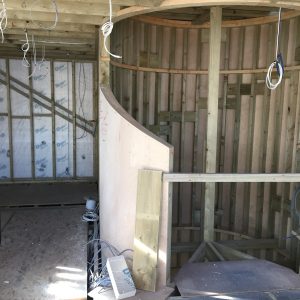 The spiral staircase is a huge feature of Ravenseye. To make the most of it, Carly has used zero glare floor washers on the steps and uplights to shine up the central spine. She also used plaster in fittings at the base of the banister as a decorative touch. 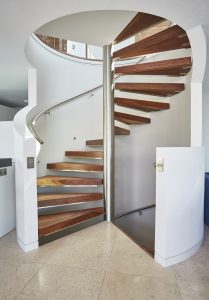 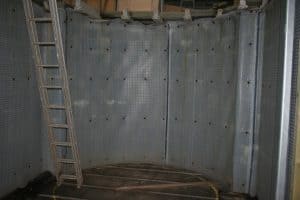 In the bedrooms, Carly used uplights positioned in line with the headboard for a modern, sharp look while tiny downlights in the shower room are a great way of creating an effect when positioned close to the wall. 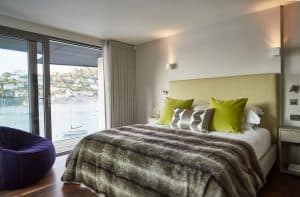 The Wasat wall light features several times in the lighting design as it’s so versatile. We can specify the beam angles at each end so you can have different effects from each fitting – in this instance Carly opted for a 30 degree beam shining up and a 5 degree beam shining down. This gives off a modern take on the torchiere effect. The Nickel version was used at Ravenseye but it also comes in chrome or in white so it can blend almost completely into the wall. 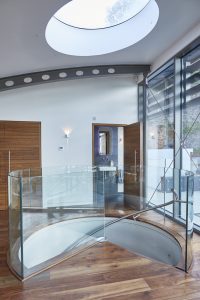 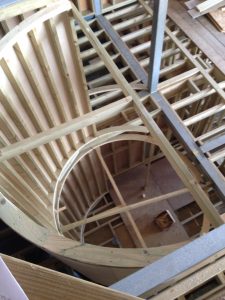 Our Micro Wanatoobee mastlights were used to highlight the exterior signage. They fit really well with the nautical styling and are a great task light. 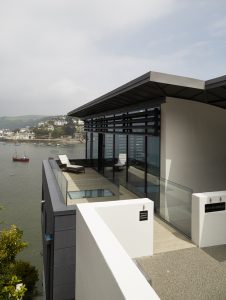 The other exterior fittings Carly used were Hunza spotlights to shine on the entrance decking. She cleverly matched the RAL colour of the roof to the colour of the fitting so they were ultra discreet. JAM has designed the interior to be stylish, minimalist and still comfortable and welcoming – so many ultra-modern homes can feel cold but the soft furnishings and colours used at Ravenseye really invite you in. 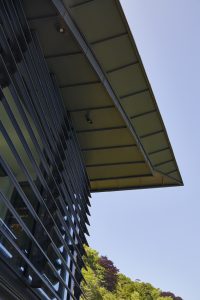 Ravenseye is such a stunning house in such a prominent position in Devon, Dartmouth, that Manor Magazine did a piece on it – if you flick through to page 114 you can read the whole article: http://www.manormagazine.co.uk/issue-12-the-food-issue/ 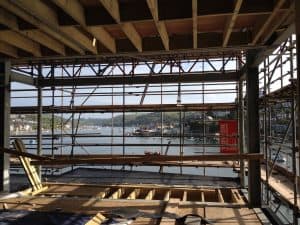 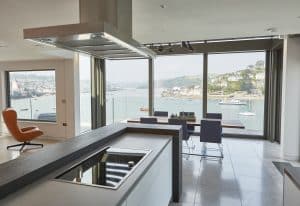