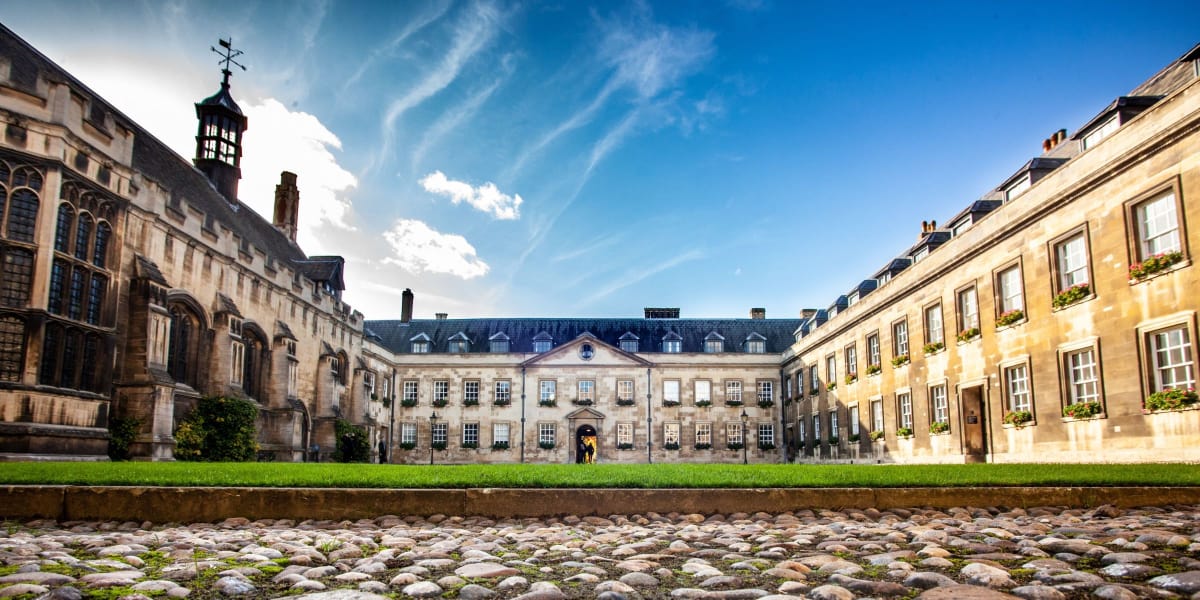 The main dining hall at Bristol’s Clifton College is Lightmaster’s latest completed project. We were initially approached by Nichols Brown Webber Architects, who we had been involved with a few years ago while working on the retail space at Blenheim Palace- they felt a similar concept would be suitable for the dining hall. The clients then called us in to discuss the project on site where the brief and scope were outlined. We then developed this over several weeks as the expanse is primarily a school dining hall but the clients wanted the flexibility to hold other events in the space.

The original lighting in the dining hall was predominantly huge halogen floodlights shining up into the huge arched ceiling to highlight the beams and highbay fittings. The effect actually made the room much darker and the old halogen fittings were not only bulky and unsightly, they were using a lot of energy.

We designed the large architectural “donut” fittings to hold a mixture of powerful LED downlights from iGuzzini and LED tape to give halos of light. The rings were made bespoke by Mullan Lighting. The downlights provide effective lighting into the space below and can be dimmed down for evening events. The LED tape is installed in the top and the bottom of each fitting to provide a more general lighting effect upwards, washing the ceiling and giving the fittings a visual form as well as the halo effect.

The hall has huge arched windows and so to add some drama, we lit the window reveals with specialist fittings from Linea Light hidden behind the radiators. These fittings are on a sensor and so they come on as soon as you enter the room which is extremely effective at night.

The whole space is controlled using a Philips Dynalite system. This system has been used to control everything from whole airports and shopping malls to smaller applications like hotels and residential projects. We use it to create lighting scenes as well as controlling blinds and curtains. It was a perfect choice for Clifton College as it gives the flexibility in the lighting scheme required by the client using just one intuitive switch. Each element of the pendant lights can be controlled individually so if the client wanted low, atmospheric lighting for an evening reception, they could just have the window reveals lit along with the LED tape in the pendants shining up into the ceiling.

The space is uncluttered and is full of original design features so we designed the lighting fixtures to be unobtrusive, but the artistic way the light strikes the various surfaces and architectural details, gives the whole building a fantastic atmosphere, from a school lunches, intimate dining, wedding venue and musical events, all can be catered for at the press of a button.