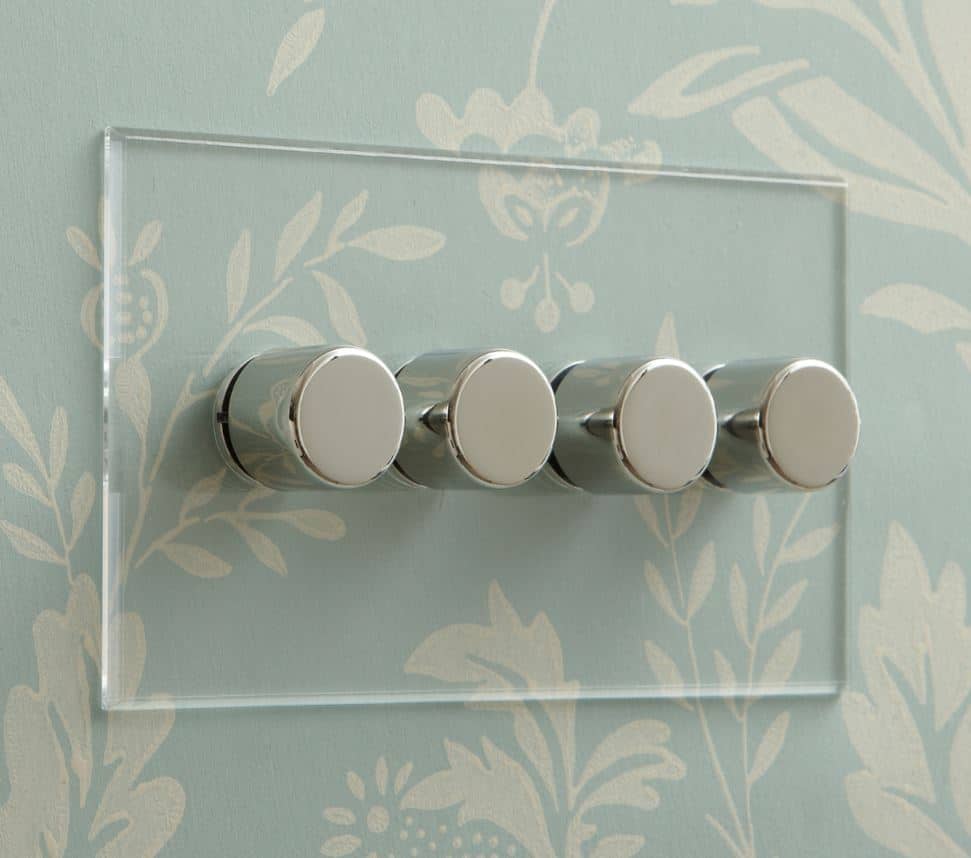 Lighting dimming protocols can be difficult to understand and follow. There’s so many different ways, each of which are suited to different lamp types. This is why it is important to understand the different ways to dim an LED to ensure that a smooth and consistent level of dimming is achieved.

Phase-cut dimming is when the mains supply is modified in a way in which reduces the power being supplied to an LED. This is achieved by ‘chopping out’ a varying section of each cycle depending on the amount of dim required. The 0-volt crossover point is critical, as this is the point where the dimmer unit bases its calculations and timing on how to drive the output channel. Phase-cut is available as both leading-edge and trailing-edge dimming in order to accommodate lamps available on the market.

Leading edge LED dimming is where the front/rising section of the supplies sine-wave is chopped. The supply is stopped from the 0-volt crossover point until the correct time when the power for the desired dimming level is reached. At this point, the supply is switched back on and allowed to flow. Leading edge dimmers typically use an SCR or TRIAC for their driving componentry.

Trailing edge dimming is where the rear/falling section of the supplies sine-wave is chopped. The supply is allowed to flow through from the 0-volt crossover point until the correct power is reached for the desired dimming level. At this point the supply is switched off. Trailing edge dimmers typically employ MOSFETs for their driving componentry.

DMX, often known as a Digital Multiplexed signal is a protocol which a DMX controller communicates to DMX luminaires. DMX is a fast method of controlling lighting which enables the dimming of channels. DMX is used to control more than just lighting, for example smoke machines can be driven through DMX protocols.

A ‘Digital Addressable Lighting Interface’ is a two-way communication system where the load control transmits a digital signal to the LED by sending messages to ballasts via addresses. DALI devices are individually addressable which enables them to run from one power supply but can be dimmed individually if required. DALI can operate in two distinct modes: DALI Broadcast and DALI Addressing. The maximum number of addresses on a DALI network is 64, however the control systems can have multiple DALI groups which allow for large scale systems. DALI can operate in two modes: DALI Broadcast and DALI Addressing.

DALI Broadcast is where all lamps within one lighting group respond at the same time. However, in DALI broadcast mode, the lamps cannot perform any feedback or additional DALI addressing functions.

Pulse width modulation control achieves dimming through the rapid switching on/off of DC voltage from a PWM controller to reduce the average power output over time. The switching occurs faster than the human eye can detect which eludes to a smooth dim.

Here at Lightmaster, we have lighting technicians who are able to tell you everything you could possibly ever need to know about how to dim LED’s down to the finest detail. Call the office to make an appointment today