The Hall in Cherington is a project we’re particularly proud of at Lightmaster. The village is only 10 minutes away from our offices in the Cotswolds and we’d already completed a number of projects in the area. In fact it was one of our clients in the village recommended Lightmaster for the job and so Annie, the driving force behind planning and fundraising for The Hall, got in contact with us in 2016 about the lighting design.

Efforts to raise funds for the new hall began as far back as 2009, with the community keen to replace the old 1920s hall that had become unsafe. Rotten wooden cladding made the numerous “Best Kept Village” plaques look a bit obsolete.  The site where the original hall was far too small to accommodate the kind of hall the committee wanted to build and so a new site within Cherington was found. 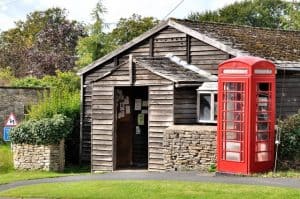 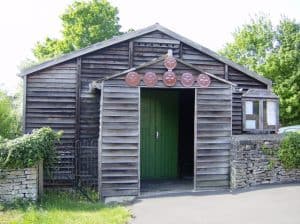 A huge amount of fundraising meant that a large sum of money was soon in place and the new site had been purchased when the team approached the Big Lottery Fund. The bid was successful and the committee secured the final £500,000 that meant the build could go ahead.

Lightmaster was brought in to create a lighting design which would need to be flexible with the various activities on offer at The Hall, including regular Pilate’s classes, art courses, parties and even weddings! 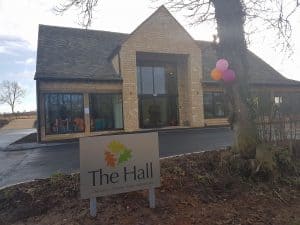 Being a lottery funded project, budget constraints were tight and so Lorna, the lead lighting designer on the project, had to get creative with her use of light. Our Sasin spotlights have been used throughout the whole building – their high light output and design with built in drivers made them a great, cost effective fitting. Lorna also opted for our Dennit downlight in the areas with a flat roof. This also has a good light output and has its own driver included. In the entrance hall, the double height ceiling is now home to two suspended lighting tracks with adjustable spotlights which have been angled to capture all areas of the space. The committee chose the three pendant lights over the front entrance so they could put their own stamp on the lighting design. 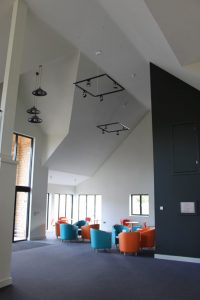 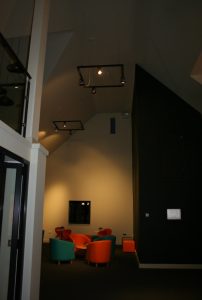 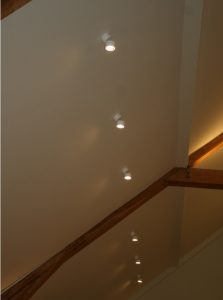 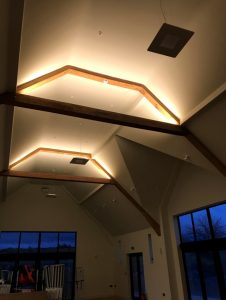 In this lighting design, the decorative fittings were kept to a minimum to keep costs down, but Lorna did manage to use a few up/down wall lights from Astro to add some drama. The small windows in the main hall have tiny niche lights in them and LED tape was used to uplight the ceiling from the beams which creates a beautiful effect on the high ceiling. The square pendants and ceiling lights in the main hall and small meeting room are from Linea Light – these are a perfect general light and they also add a contemporary feel. 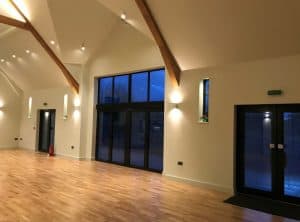 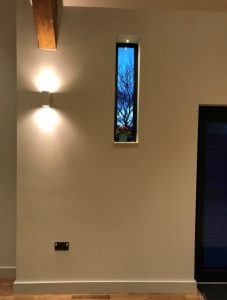 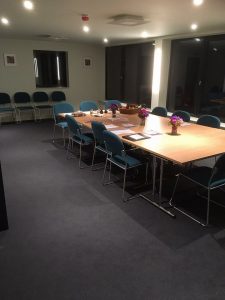 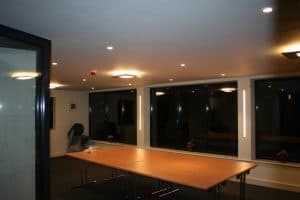 The building is designed to last at least 150 years, with the laying of a time capsule to be opened in 100 years’ time.

If you want to visit The Hall, attend one of the classes or even want to hire it out for any private events, visit the website  – http://thehallevents.org.uk/ 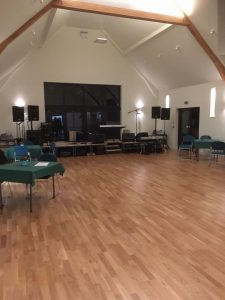 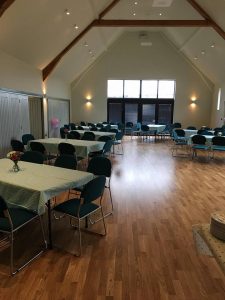 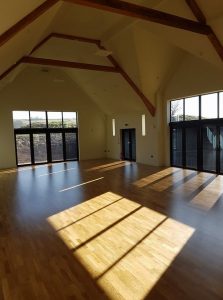 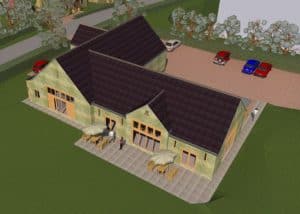 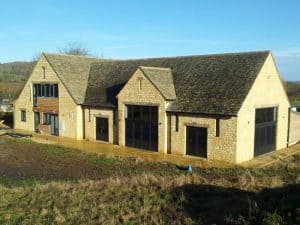